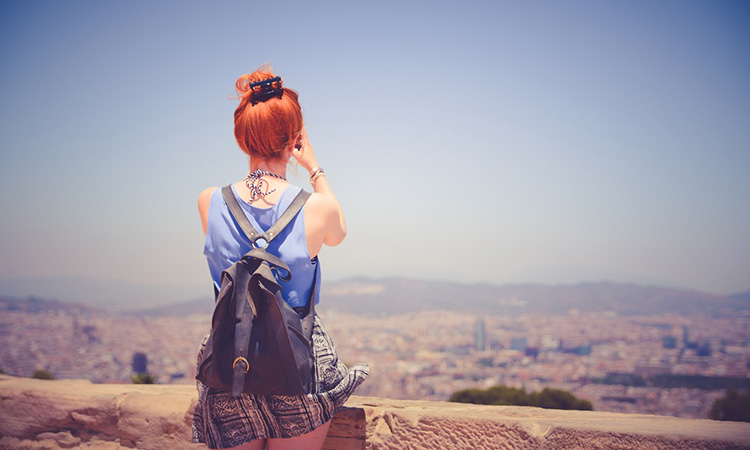 Hiking is the preferred term, in Canada and the United States, for a long, vigorous walk, usually on trails (footpaths), in the countryside, while the word walking is used for shorter, particularly urban walks. On the other hand, in the United Kingdom, and the Republic of Ireland, the term walking is acceptable to describe all forms of walking, whether it is a walk in the park or backpacking in the Alps.

Hiking sometimes involves bushwhacking and is sometimes referred to as such. This specifically refers to difficult walking through dense forest, undergrowth, or bushes, where forward progress requires pushing vegetation aside. In extreme cases of bushwhacking, where the vegetation is so dense that human passage is impeded, a machete is used to clear a pathway.

“Let us step into the night and pursue that flighty temptress, adventure.”
― J.K. Rowling

The Australian term bushwalking refers to both on and off-trail hiking. Common terms for hiking used by New Zealanders are tramping (particularly for overnight and longer trips), walking or bushwalking.

Trekking is the preferred word used to describe multi-day hiking in the mountainous regions of India, Pakistan, Nepal, North America, South America, Iran and in the highlands of East Africa. Hiking a long-distance trail from end-to-end is also referred to as trekking and as thru-hiking in some places. In North America, multi-day hikes, usually with camping, are referred to as backpacking. Another famous early exponent of walking for pleasure, was the English poet William Wordsworth. In 1790 he embarked on an extended tour of France, Switzerland, and Germany, a journey subsequently recorded in his long autobiographical poem The Prelude .His famous poem Tintern Abbey was inspired by a visit to the Wye Valley made during a walking tour of Wales in 1798 with his sister Dorothy Wordsworth.

Wordsworth’s friend Coleridge was another keen walker and in the autumn of 1799, he and Wordsworth undertook a three weeks tour of the Lake District. John Keats, who belonged to the next generation of Romantic poets began, in June 1818, a walking tour of Scotland, Ireland, and the Lake District with his friend Charles Armitage Brown.